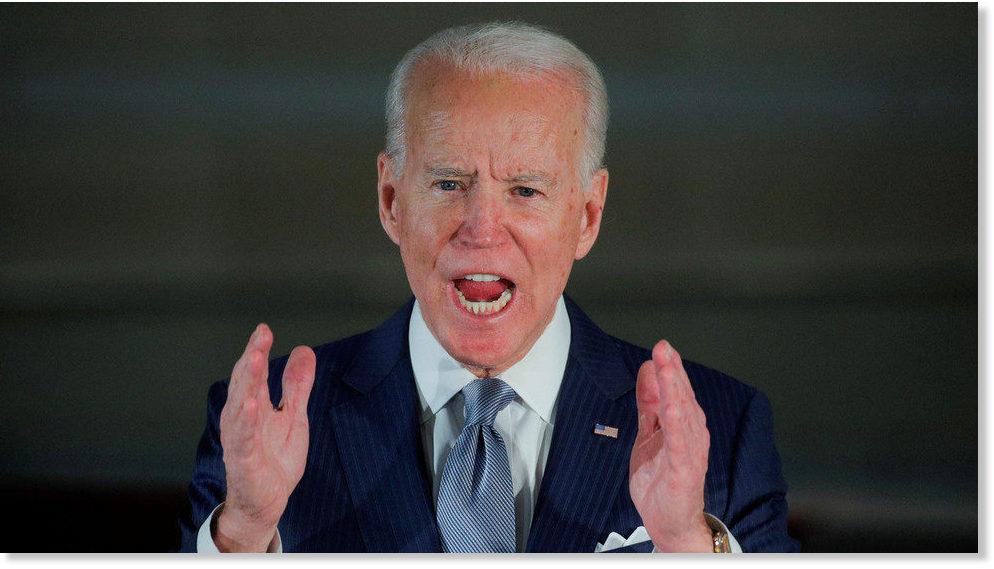 Joe Biden seems to have appointed himself the US’ top racial scientist, telling a prominent black radio host that if he considers voting for Donald Trump instead of himself, then he “ain’t black.” In a bizarre and often contentious interview, Joe Biden sat down with ‘The Breakfast Club’ host Charlamagne Tha God to discuss all things African-American, including the rumor that he’s considering choosing a black female running mate for this year’s election. Charlamagne grilled Biden from the outset. An outspoken supporter of Bernie Sanders, he has previously hounded Biden for “avoiding” a sit-down interview on his show, claiming in March that Biden “owes black people his political life,” after a high-profile endorsement from Rep. Jim Clyburn pushed him to victory in the South Carolina primary.
Source: ‘You ain’t black’ if you support Trump over me – Idiot Joe Biden to BLACK radio host