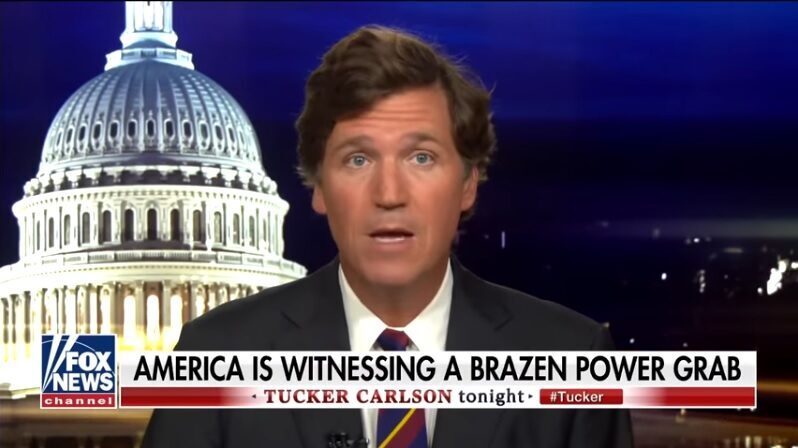 Thursday, Fox News Channel’s Tucker Carlson took a shot at former President Barack Obama for the political tones of his eulogy delivered at Rep. John Lewis (D-GA) funeral earlier in the day. Obama said of ways to continue Lewis’ legacy, “By ending some of the partisan gerrymandering — so that all voters have the power to choose their politicians, not the other way around. And if all this takes eliminating the filibuster — another Jim Crow relic — in order to secure the God-given rights of every American, then that’s what we should do.” After airing a video clip of the speech, Carlson criticized Obama, adding the speech was proof of a cynical effort by the left and Democrats to gain power.
Source: Tucker Carlson rips Obama for ‘desecrating’ John Lewis funeral with campaign slogans — ‘Political power is their religion’