Syria accuses US of destroying 200 hectares of wheat crops 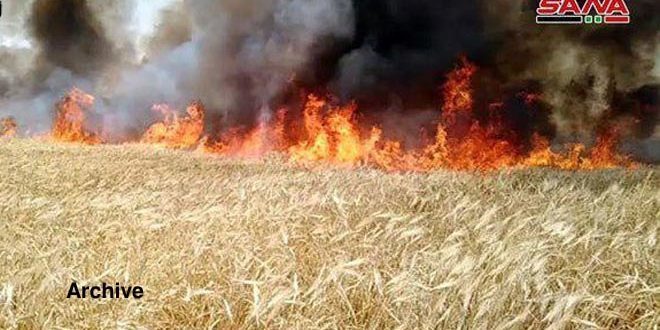 Singapore, SANA-International Business Times website, of Singapore edition, revealed in a report posted yesterday that the fires which erupted in the wheat fields in Syrian al-Jazeera region were lately carried out by US occupation forces. An American aircraft has reportedly dropped thermal balloons over agricultural lands in Syria’s northeastern province of Hasakah, setting fire to wheat crops in the area. The report titled “Confirmed Trump Ordered Syria’s Wheat Crop Burning During Pandemic” said that the US forces were carrying out the orders of US President Donald Trump.
Source: Syria accuses US of destroying 200 hectares of wheat crops