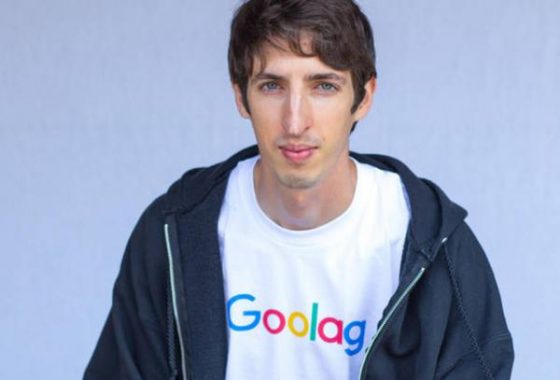 James Damore, a former Google engineer who was fired in August, has now filed a class action lawsuit against Google for discriminating against him as a white male conservative. He has filed his lawsuit against the company in Santa Clara Superior Court in Northern California.

Damore was fired for posting a memo to an internal Google message board arguing that women may not be equally represented in tech because they are biologically less capable of engineering. He claims that Google unfairly discriminates against white men whose political views are unpopular with its executives and that’s why he was fired. Damore is joined in the suit by another former Google engineer named David Gudeman, who spent three years with Google working on a query engine. According to Gudeman’s LinkedIn profile, he left the company in December 2016 and has been self-employed since.

This isn’t Google’s first rodeo when it comes to discrimination lawsuits either. Three former female employees of Google filed a class action lawsuit against the internet company in September of 2017, alleging a pattern of discrimination against women workers, including systemically lower pay than their male counterparts.

The lawsuit, filed by Dhillon Law Group, says it aims to represent all employees of Google who’ve been discriminated against due to their “perceived conservative political views by Google,” due to “their male gender by Google” and “due to their Caucasian race by Google.”

More specifically, it accuses Google of singling out, mistreating and systematically punishing and terminating employees who “expressed views deviating from the majority view at Google on political subjects raised in the workplace and relevant to Google’s employment policies and its business, such as ‘diversity’ hiring policies, ‘bias sensitivity’ or ‘social justice’…” -Tech Crunch

But that isn’t all. According to Damore’s lawsuit, Google employs “illegal hiring quotas to fill its desired percentages of women and favored minority candidates, and openly shames managers of business units who fail to meet their  quotas—in the process, openly denigrating male and Caucasian employees as less favored than others.” The suit also claims that “numerical presence of women celebrated at Google” was based “solely due to their gender” while the “presence of Caucasians and males was mocked with ‘boos’ during companywide weekly meetings.” That could make for a hostile work environment at the very least if one is a white male.

The Labor Department is separately investigating systemic pay discrimination at the company. Google says it hasn’t found a pay gap in its own analysis.

Damore’s firing last summer sparked a fierce debate, with many in Silicon Valley outraged that Google didn’t act even more swiftly to terminate him. Elsewhere, many wondered whether the firing would have a chilling effect on employees’ ability to openly discuss their viewpoints. In an interview with CNBC, for example, Damore compared being a conservative at Google to “being gay in the 1950s.”

You can read the entire lawsuit filed by Damore and Gudeman here:

Delivered by The Daily Sheeple

We encourage you to share and republish our reports, analyses, breaking news and videos (Click for details).

Contributed by The Daily Sheeple of www.TheDailySheeple.com.

This content may be freely reproduced in full or in part in digital form with full attribution to the author and a link to www.TheDailySheeple.com.