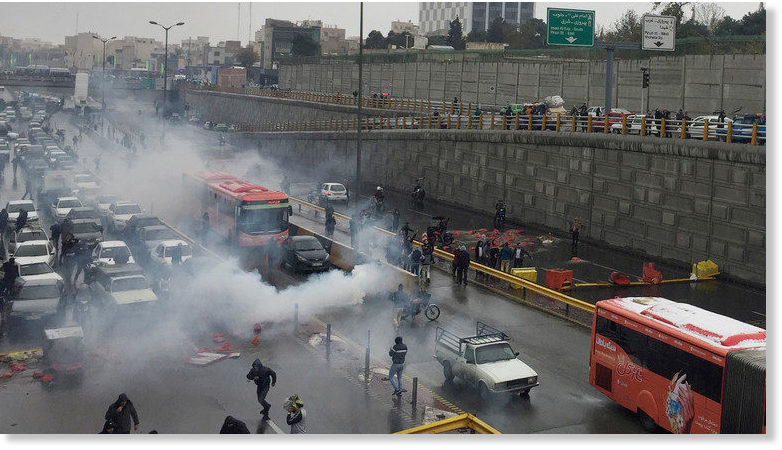 Three members of the Iranian security forces have been killed by protesters in Tehran province, local media reported, citing the Islamic Revolutionary Guard Corps (IRGC). FARS and ISNA agencies quoted a statement by Seyyed al-Shohada Corps division, that claimed the men “were stabbed to death” after being caught up in a “rioters’ ambush.” Tuesday marked a break in protests, according to the judiciary spokesman Gholamhossein Esmaili who told a news conference that “calm has been restored in the country.” It comes after the IRGC warned of “decisive” action if the unrest does not cease. The exact number of people who died in the fuel protests remains unconfirmed. In his Sunday address, Ayatollah Khamenei said “some lost their lives and some places were destroyed.”
Source: Local media reports three Iranian security force members killed by protesters near Tehran