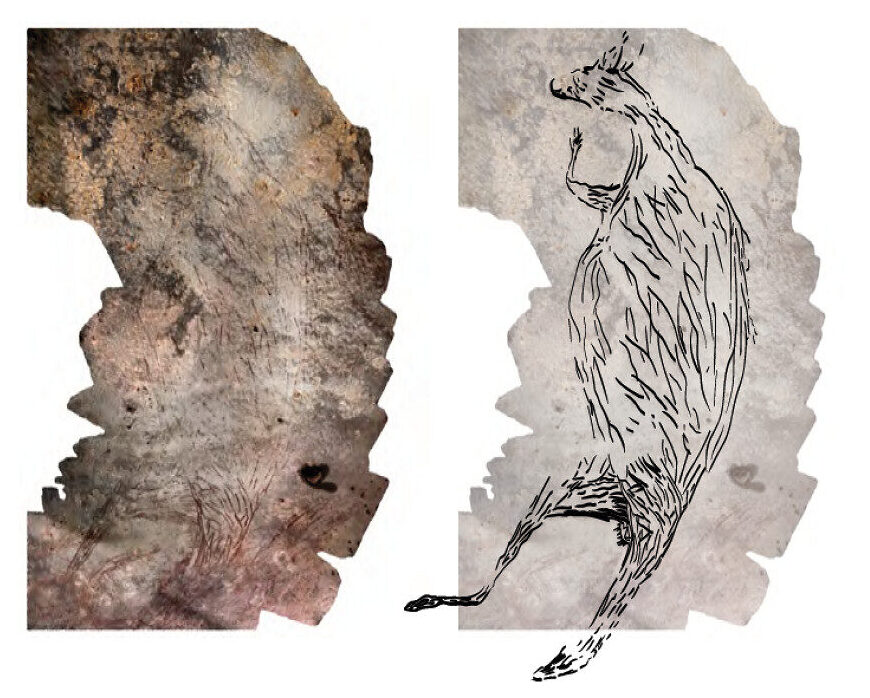 An image of a kangaroo has been identified as Australia’s oldest known rock painting, dated to over 17,000 years old. The two-metre-long kangaroo is painted on the ceiling of a rock shelter on the Unghango clan estate, in Balanggarra country in the north-eastern Kimberley region, WA. A research team led by Damien Finch from the University of Melbourne used radiocarbon dating to determine the ages of mud-wasp nests below and above the painting. “In these old paintings, the ochre pigment used is an iron oxide,” says Finch. “It cannot be dated with any of the current scientific dating techniques. The alternative is to date any suitable material found directly under or on top of the painting. In our work we date mud-wasp nests that are commonly found in rock shelters in northern Australia.” The team found nests below the painting were 17,500 years old, while nests above it were 17,100 years old. This means the painting is in between these two date ranges, “most likely 17,300 years…
Source: Kangaroo painting is now Australia’s oldest known rock art