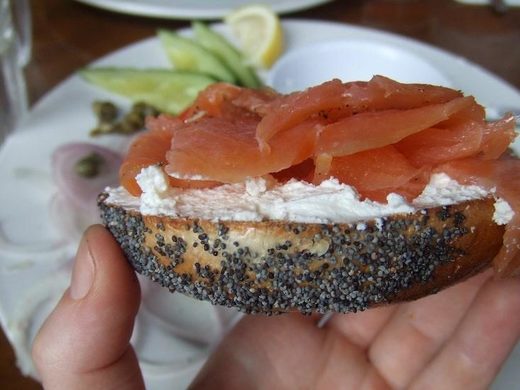 One of my favorite words is lox," says Gregory Guy, a professor of linguistics at New York University. There is hardly a more quintessential New York food than a lox bagel-a century-old popular appetizing store, Russ & Daughters, calls it "The Classic." But Guy, who has lived in the city for the past 17 years, is passionate about lox for a different reason. "The pronunciation in the Proto-Indo-European was probably 'lox,' and that's exactly how it is pronounced in modern English," he says. "Then, it meant salmon, and now it specifically means 'smoked salmon.' It's really cool that that word hasn't changed its pronunciation at all in 8,000 years and still refers to a particular fish." How scholars have traced the word's pronunciation over thousands of years is also really cool. The story goes back to Thomas Young, also known as "The Last Person Who Knew Everything." The 18th-century British polymath came up with the wave theory of light, first described astigmatism, and played a...
Source: The English word that hasn't changed its sound or meaning for 8,000 years
Sitemap
SMF spam blocked by CleanTalk
Welcome,Guest