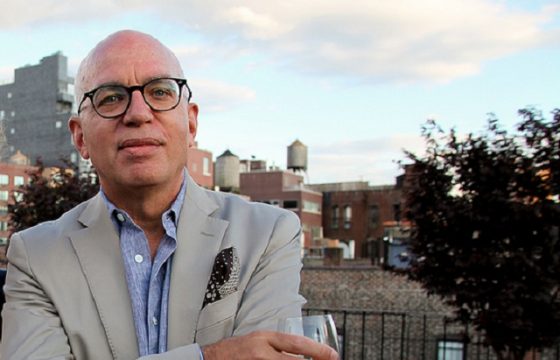 Author Michael Wolff claims in his new book “Fire and Fury” that President Trump had never heard of John Boehner — he actually tweeted about him at least 7 times throughout the years.

Wolff says in his book that Roger Ailes allegedly suggested Trump hire former Speaker of the House John Boehner to be his Chief of Staff. Wolff claims Trump responded, “Who’s that?”

Michael Wolff reports in his book that Trump didn’t know who Boehner is. But Trump has tweeted about Boehner multiple times throughout the years. https://t.co/sQUivcQ8tU pic.twitter.com/HyzD8e50dI

Seems like I took this photo yesterday of @SpeakerBoehner & NYC Businessman @realDonaldTrump, out for a round of golf & many laughs together, back in 2013.

Claims of President Trump not knowing who John Boehner was, when they’ve known each other for a long time, are 100% FALSE! pic.twitter.com/D0iDXvpxbx

NBC’s Katy Tur said Wolff is “likely to face some serious questions and criticisms regarding his use of quotes” as his “Author Note” suggests many of his quotes are “recreations.”

“He also notes that the stories he is told often compete of conflict with one another,” Tur said. “Despite that, Wolff says in some cases he’s let the source tell his/her version. The reader can decide if it’s true or false.”

A note of caution on Fire and Fury pic.twitter.com/o9OzV7ltWm

Wolff claims in his book that billionaire Thomas Barrack Jr. once said of Trump, “He’s not only crazy, he’s stupid.”

Barrack told New York Times’ Maggie Haberman he only spoke with Wolff one time and the quote was, “Totally false.”

“It’s clear to anyone who knows me that those aren’t my words and inconsistent with anything I’ve ever said,” Barrack said.

“He says Wolffe never ran that quote by him to ask if it was accurate,” Haberman said.

Tom Barrack adds, “It’s clear to anyone who knows me that those aren’t my words and inconsistent with anything I’ve ever said.” He says Wolffe never ran that quote by him to ask if it was accurate.

The New Republic’s Michelle Cottle said in a 2004 cover story that Wolff’s columns “aren’t recreated so much as created” from Wolff’s “imagination.”

“Much to the annoyance of Wolff’s critics, the scenes in his columns aren’t recreated so much as created–springing from Wolff’s imagination rather than from actual knowledge of events,” Cottle said. “Even Wolff acknowledges that conventional reporting isn’t his bag. Rather, he absorbs the atmosphere and gossip swirling around him at cocktail parties, on the street, and especially during those long lunches at Michael’s.”

Wolff got access to the White House by posing as an impartial reporter who wanted to let Trump’s team get their message out without the smarmy undertones which characterize the rest of the media.

In February 2017, he chastised CNN’s Brian Stelter for being a “ridiculous figure” because he would constantly make himself the story and frame the media as victims of Donald Trump.

The salacious and highly questionably nature of his writing suggests that was all a con-job.

“Fire and Fury is #1 on Amazon,” Wolff tweeted Wednesday afternoon.

Fire and Fury is #1 on Amazon.

Delivered by The Daily Sheeple

We encourage you to share and republish our reports, analyses, breaking news and videos (Click for details).

Contributed by Chris Menahan of informationliberation.com.

Founded in 2005, InformationLiberation is a news site dedicated to pursuing the truth wherever it leads, without apology and without care for being politically correct.