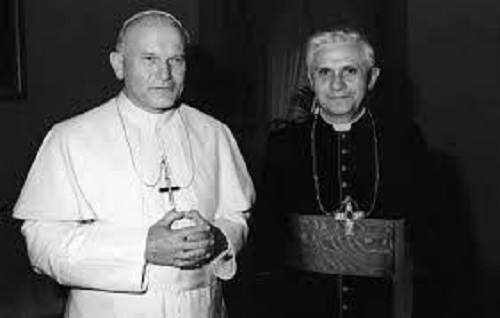 In 2015 I argued that the purpose of the CIA war against Vietnam was two-fold. First of all the company was charged with preserving the now US interest in what had been French business in Indochina. The second objective — a part of its global strategy — was to create a country, the Republic of Vietnam (aka South Vietnam), which could sustain the illusion — created in Korea between 1945 and 1952 — that there were two countries: one that counted as civilised (capitalist and subordinated to the West) and one that was not really Vietnamese (like the PRDK is not really Korean and at that time the PRC was not really China).

To understand this approach to world politics and the general hatred of humanity underlying it, one has to take very seriously a tiny detail in the history of US colonialism. That detail is the personality of the man who turned working class denim trousers into a fashion item, a guy named Edward Lansdale. The history of covert action — namely, the cowards’ war for capitalism or as Agee called it the campaign of “capitalism’s invisible army” — can be simplified as the marriage of desire and deceit. In a sense the opacity of covert action or what has been popularised as the “deep state” can be traced to the doctrine of sacerdotal celibacy. Sacerdotal celebacy — the rule that priests cannot marry — was first a rule to protect the property accumulated by the Church from dissipation by the inheritance in favour of clerical children. The second reason for it was to protect the investments of the Catholic Church in prostitution and slavery.2  As much as I would like to elaborate on this Western cultural phenomenon, a dogma derived from Roman Catholicism, that would go too far for what is intended here as a brief intervention. My intention here is simply to strongly suggest that readers think in broader contexts than are ever presented by any media.

We have now reached a point where the covert action programme formulated by those who organised and conducted the mass killing system in Vietnam and later in Latin America and in Central Asia has become the central product to be marketed worldwide. The so-called pandemic, the Covid-2019, is nothing more or  less than a product of the counter-terror factory that the Anglo-American Empire established in Vietnam — based on the template already developed in Korea.

In Policing America’s Empire: The United States, the Philippines and the Surveillance State, Alfred McCoy (2009) wrote that the machinery (now digital) for policing in the US began in the Philippines — a US colony from 1901 until 1949 — and thereafter a protectorate. That is also where the Levi’s marketer, Lansdale, began his career as a terrorist. Douglas Valentine (1990) showed in great detail from the testimony of those who actually created and executed the Phoenix “marketing campaign of South Vietnam” how this system was built and operated. Valentine, in contrast to McCoy,  emphasises the purpose of a system which is consciously defective but infinitely violent. Whereas the vast majority of opponents to US wars object to their injustice, they do so implying that these wars — were they justly waged — would somehow be less or acceptably imperial. Ultimately in his book The CIA as Organised Crime Valentine (2016) shows that the Phoenix program is the “new normal”.

What happened in between October 2019 and March 2020 can be translated into the sequences of the war against the VCI as conceived, planned and implemented by the US Central Intelligence Agency. (Actually it is irrelevant whether it or other government agencies actually was the overall planning and executive instrument.) Daniel Estufin called it in an rather unqualified fashion the recognition that the “limit to growth” had been reached. This explanation reminiscent of the Club of Rome and its eugenic report avoids an elemental difficulty with the entire “growth” concept. One can summarise that in the pathological definition of “cancer” as uncontrolled cell growth at the expense of the healthy organism. This is, in fact, a wonderful example of what the neo-conservative literary scholar, Susan Sontag, described in her book Illness as Metaphor (1978). The economy must grow and grow without purpose or reason. The rulers, like cancer cells, must steal through all seasons. Cancer, the ubiquitous, virtually incurable self-destruction of the individual human body — almost entirely induced by the toxification of the environment by unrestrained theft under capitalism — is the sickness of surplus. In the 19th century people died of consumption — tuberculosis — the toxification by raw accumulation and the exhaustion of human bodies.

However, with the digitalisation of capitalism and its extraction methods, the disease which is the penultimate expression of capitalist pathology, is the virus. Communists were germs or bacteria. After the destruction of virtually anything resembling communism — the European communist parties notwithstanding — a new pathological model was needed. The virus is an insidious metaphor. It is not like bacteria, a life form which can both produce and destroy. The post-communist era — whereby communism was simply a term for any opposition to the ruling gangsters — requires new terror products. That actually means old products in new packages. Anti-communism was repackaged as anti-terrorism (of course, only pseudo-Islamic terror, an utter fantasy, like in the era of the Reconquista and Crusades). The so-called corona virus, for the honest, is really a fabrication — probably developed in the same kind of imperial laboratories where the computer viruses have been designed since a certain entity sought to guarantee the monopoly it expected from its IBM days.

In a previous appreciation I indicated that the “lockdown” should be understood in terms of the “strategic hamlet” program. Now I would advise those who are not saturated in obsequiousness or servility to consider the current phase — called contact tracing — in terms of what was called in Vietnam “census grievance”.

The historical crisis with which we are confronted today is first and foremost a crisis of literacy. It would take too much space to explain what I mean by that. However, reading Paulo Freire’s now very unfashionable Pedagogy of the Oppressed (1968) would make my point clearer.

Irony is a term used to describe linguistic practices, reading, writing and speaking. It designates a discrepancy between the circumstances explicitly perceived and the language used to describe them. Yet if one applies the term with that rare quality, sincerity, then there is indeed some irony to be found in the appreciation of that part of the world with the most favourable population density (albeit thanks to the immeasurable homicidal capacity of its ruling class), where the ruling class mandates the most fanatical interest in social distancing and masking (or gloving). The irony lies in the fact that the most sociopathic segment of the world’s population is located in the Western peninsula of Eurasia and North America where very low population densities prevail. People who have on average more living space per capita than anywhere else in the world — just cannot get enough. Now people, who for some five hundred years have vented their malice on Africa, Central and South America, Australia and Asia (not to mention millions slaughtered between 1915-1945) just cannot bear being closer than 1.5 meters to each other and want this to be the British (or German) standard for the world.

It is hard to share sympathy or even affection with much of what is published as “critical” today. It is just as esoteric as the tatoos on so many legs, arms and backsides. Permanent jewelry and stenciled stupidity, masks and gloves substituting thinking or love. My sympathy at least is exhausted by people whose sterility and verility transcend human dimensions.

A few months ago I was adamant about the insincerity of the global warming crusaders. I remain so. I am convinced that these were witting or unwitting campaigners in the crusade of death that the rich white supremacists on this planet are waging against ordinary people. Their message was nothing more or less than the blind religious fanaticism that has made the West the best organised homicidal society on the planet. That is the legacy of Christendom.

Today at lunch I watched a report on the canonisation of the Polish fascist known by his papal name, John Paul II. Roman Catholics are now permitted to venerate this vile cleric as a saint. The rest of the “white” world will venerate him for his contributions to the world we have today. It is a world liberated from every respect for life in whatever form and dedicated to the cult of death.

If we do not resist the cult of death and its sociopathic instruments — like social distancing — we will actually join — but not as TV actors — a society of the “living dead”.