February 15, 2020
China Admits That More Than Half A Million People Have Had “Close Contact” With The Infected

Beijing’s bug push to get everybody back to work isn’t going so well. And just as health experts warned President Xi before he gave the order, the decision to try to get some of the economy churning again has simply increased the risk of the virus spreading.

After Thursday’s massive reporting of the largest increase in cases and deaths so far by a wide margin – a report made even more jarring by the fact that the WHO said just hours earlier that it expected cases in China to start to taper off, even if a super-spreader “spark” threatened to ignite a conflagration in Europe – suppressing the outbreak should be Xi’s top priority. 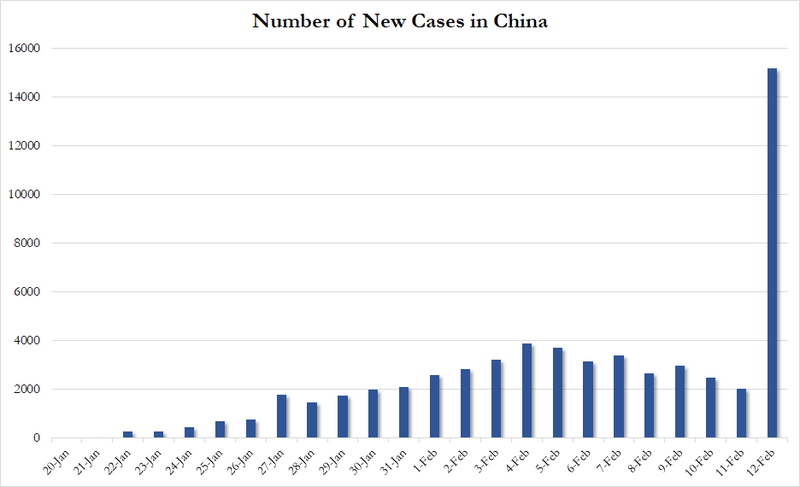 They can always goalseek the GDP numbers later; if the Communist Party doesn’t douse this fire now, their whole house could burn.

But amid the deluge of data that local officials in Hubei and national officials with China’s National Health Commission have released over the past week, one number appears to have slid through the cracks – until now.

VOA, a US-funded news organization operating in Asia (it’s sort of like Radio Free Asia and Radio Free Europe), has reported that 471,531 people have been decisively identified as having had “close contact” with a confirmed infected patient.

“So far, 471,531 people have been identified as having had close contact with infected patients. There are now 181,386 people under medical observation,” the Health Commission reported Thursday on its official website.

And after Thursday’s data dump, that number is almost guaranteed to rise remarkably.

Projections suggest the virus has the capability of spreading across the globe, potentially infecting as much as 80% of the global population, if left unchecked. China’s draconian quarantines have no doubt helped slow the spread, but the horse was already out of the barn before the government realized how serious the situation had become.

The coronavirus is much more contagious than SARS, even if it appears to be significantly less deadly. The ‘official’ (perhaps the most widely accepted number at this moment in time) puts the virus’s infectious capacity – its r-sub-zero, the technical term- at 2.5. That means that on average those infected will spread it to 2.5 others. But some estimates have gone up to 25.

Whatever it is, it’s allowed the virus to explode out of Hubei and infect nearly 30 countries and territories.

Source: China Admits That More Than Half A Million People Have Had “Close Contact” With The Infected