Can We Talk About How The ‘American Murder’ Case Was Basically Solved By Karens?

October 17, 2020
Can We Talk About How The ‘American Murder’ Case Was Basically Solved By Karens?

Everyone who watched American Murder: The Family Next Door knows the two heroes of this case are Shanann’s best friend who reported her missing and the Watt’s neighbor who inserted himself into the investigation to show police footage of Chris Watts loading something into his truck the morning Shanann “disappeared”.

They put the pressure on Chris Watts in front of a police officer (who happened to be recording via body cam) and kept it on while he started to crack. This all started only hours after Shanann went missing, much, much sooner than people are typically reported missing. This gave Chris Watts zero time to get his story straight or think of an excuse as to why his neighbor saw him loading bodies into his truck. 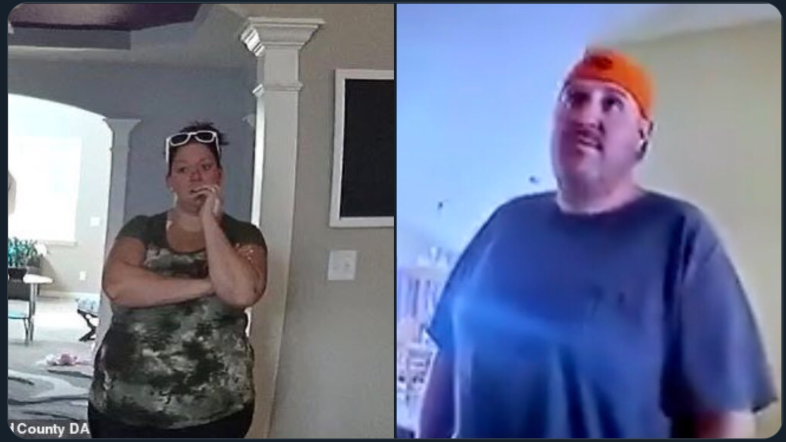 In case you’re unfamiliar, here’s how it all went down:

1:48am — Shanann’s best friend, Nickole Utoft Atkinson, dropped Shannan off at her home following a work trip. Chris and the girls were at home when she arrived.

5:15am — Chris Watts leaves the house for work. He claims Shannan was at the house and that he saw his daughters sleeping on a baby monitor before he left.

12:10pm — Nickole Utoft Atkinson arrives back at the Watts home after Shanann missed an OBGYN appointment and did not return her texts. No one answers the door but Nickole sees Shanann’s shoes inside the door and suspects something is wrong. Nickole then contacts both Chris and the local police department to alert them that something appears to be wrong.

1:40pm — A police officer arrives at the Watts home to conduct a wellness check, only hours after Shanann goes missing, because Nickole knows her friend and won’t back down. Chris arrives home and talks with the officer.

While the police officer is talking to Chris, a neighbor, Nate Trinastich, arrives with incriminating footage from his Ring camera and pushes the officer to take it seriously. He tells the officer, “he’s not acting right.”

Chris Watts appears on the news, pretending to be distraught, and asking for his family to return safely home.

After failing a polygraph, Chris Watts confesses to murdering his family.

Police locate the three bodies at Chris Watt’s employer’s (Anadarko Petroleum) property. Shanann was buried in a shallow grave and the girls were found in oil tanks.

So many cases exactly like Shanann and her daughter’s go unsolved. What happened here is that people in Shannan’s life were able to immediately recognize that something was wrong, and advocate for the police to investigate Chris. With the pressure mounting, Chris reaches his limit and confesses. The case is able to be closed, bodies are found, and justice is achieved (Chris Watts is incarcerated in Wisconsin, and has been told he will “never” leave prison).

It’s clear that these two people who stuck their necks out for Shanann were instrumental in getting justice for her and her children.

This is how a community should work. People look out for each other. They notice when something is off. It’s so easy to see how these people’s actions could have been taken if nothing was amiss. They might be accused of overstepping, or caring too much, or not giving the family enough privacy. But because they trusted their gut instinct and went out on a limb for their friend and neighbor, the case was solved and the killer is behind bars forever.

When George Zimmerman gunned down Trayvon Martin for being “suspicious” while in his neighborhood, he committed murder. One person’s invasive (and racist) desire for “safety” doesn’t override another person’s right to life. We saw this when Amy Cooper called 911 on a bird-watching black man who asked her to follow the law and leash her dog. Immoral people will always find a way to justify their actions, and pretending to just be a concerned citizen is an easy out. But in this case, we can see the core functionality of a Karen (not minding your own business, calling the cops) used in a helpful and neighborly way. Nickole and Nates’s concern for Shannan and insistence on justice is what propelled this case forward.

Karen’s are a perversion of neighborly concern, but that doesn’t make neighborly concern inherently bad. It doesn’t seem wrong to wonder where your friend is when it’s out of character for her to go radio silent. If Nickole had suppressed her intuition and told herself that it wasn’t her business or that she was just being a busybody, Chris Watts may have had more time to cool off after annihilating his family. Maybe he would have been a better liar or had a better story at the ready.

The problem doesn’t seem to be this kind of noticing what other people are doing or worrying about the welfare of others. The problem is that when racism permeates every aspect of our society, there is potential for harm everywhere. The problem is that “concern” can be used as a catalyst for good or an excuse for evil.

I hope the stories of Nickole and Nate inspire people to look out for their friends, family, and community members. I hope that when your gut tells you something is off, you listen to it and act on it. I hope that we can reform our communities enough where people don’t have to be afraid to report troubling information, worried that police may respond to innocent (or not innocent) concern with murder. I think this case shows us what it can look like when that all goes right.

Source: Can We Talk About How The ‘American Murder’ Case Was Basically Solved By Karens?