Britain, France agree to send additional troops to Syria amid US ‘withdrawal’

July 10, 2019
Britain, France agree to send additional troops to Syria amid US ‘withdrawal’ 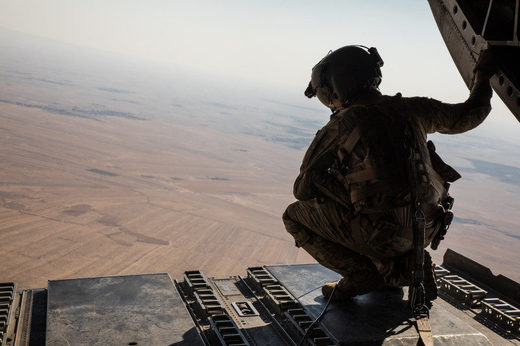 In a major victory for U.S. President Donald Trump’s national security team, the United Kingdom and France have agreed to send additional forces to Syria to pick up the slack as U.S. troops withdraw, sources familiar with the discussions told Foreign Policy. Britain and France, the only other U.S. partners that still have ground forces in Syria, will commit to a marginal 10 to 15 percent troop increase, a U.S. administration official confirmed. Other countries may send small numbers of troops as well, but in exchange the United States would have to pay, the official said. Neither the timeframe for the deployment nor the exact number of additional troops is clear, the official said, adding that “overall we have been disappointed” in efforts to persuade U.S. allies to commit additional resources to the ongoing fight against the Islamic State terrorist group in Syria. Comment: Countries would be quick to commit troops if the cause was worthwhile.
Source: Britain, France agree to send additional troops to Syria amid US ‘withdrawal’