Biden’s AG nominee Merrick Garland: Portland riots may not be ‘domestic terrorism’ because courthouse was closed 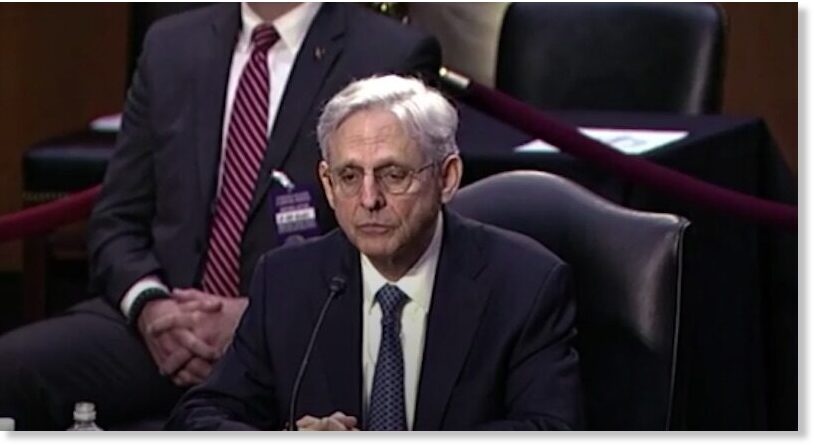 Judge Merrick Garland told the Senate Judiciary Committee on Monday that Antifa’s attacks on the U.S. courthouse in Portland last year may not have been “domestic terrorism,” because unlike the Capitol riot, they took place at night when the court was not “in operation.” Garland, who is President Joe Biden’s nominee for U.S. Attorney General, was questioned at his confirmation hearing by Sen. Josh Hawley (R-MO): Sen. Hawley: Let me ask you about assaults on federal property in places other than Washington, DC — Portland, for instance, Seattle. Do you regard assaults on federal courthouses or other federal property as acts of domestic extremism, domestic terrorism? Judge Garland: Well, Senator, my own definition, which is about the same as the statutory definition, is the use of violence or threats of violence in attempt to disrupt the democratic processes. So an attack on a courthouse, while in operation, trying to prevent judges from actually deciding cases, that plainly is…
Source: Biden’s AG nominee Merrick Garland: Portland riots may not be ‘domestic terrorism’ because courthouse was closed