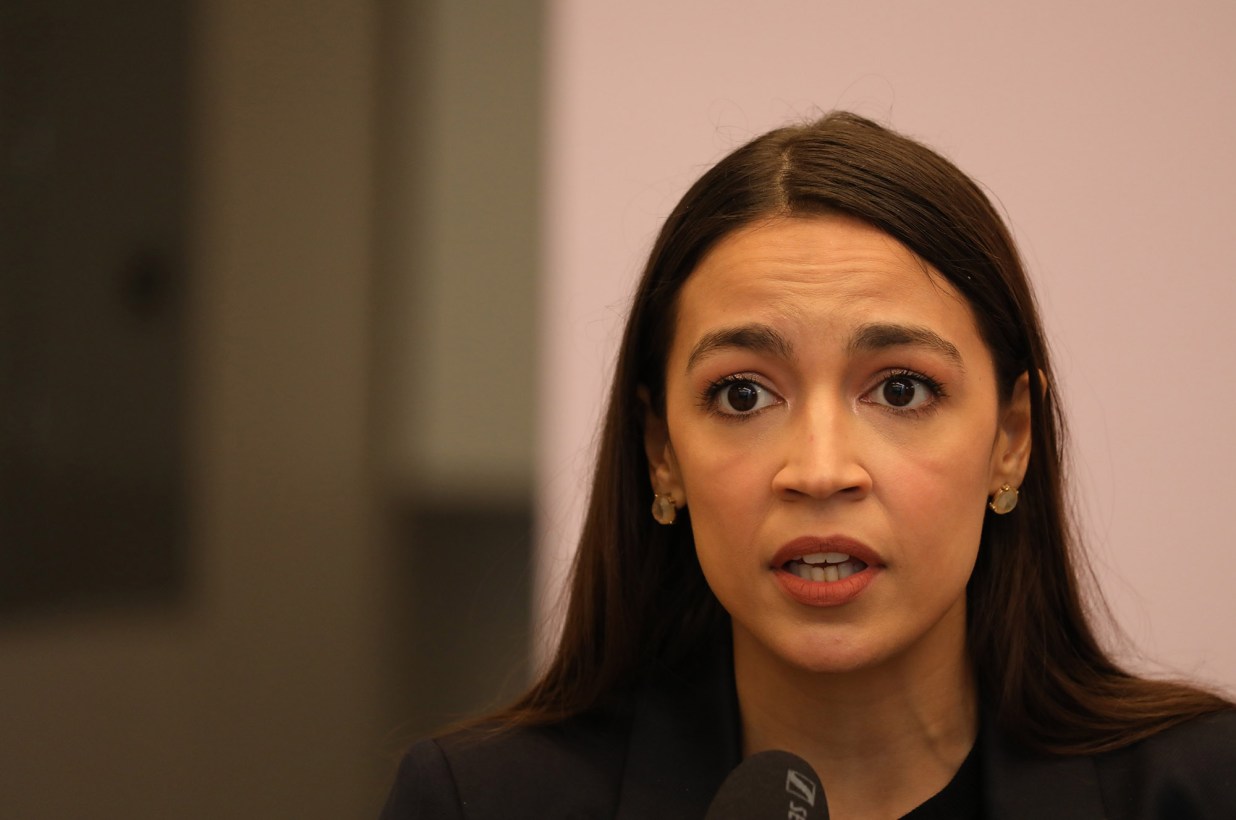 “Defunding police means defunding police. It does not mean budget tricks or funny math. It does not mean moving school police officers from the NYPD budget to the Department of Education’ budget so the exact same police remain in schools,” the self-described Democratic Socialist said in a press release about the budget deal between the City Council and Mayor de Blasio.

“It does not mean counting cuts in overtime as cuts, even as NYPD ignores every attempt by City Council to curb overtime spending and overspends on overtime anyways. The fight to defund policing continues,” she said.

“If these reports are accurate, then these proposed ‘cuts’ to the NYPD budget are a disingenuous illusion. This is not a victory. The fight to defund policing continues,” she said.

Mainstream Democrats and progressives have argued over the meaning of the effort to “defund the police” following the death of George Floyd at the hands of Minneapolis cops.

The deal Ocasio-Cortez was referring to would cut the number of officers in the city by canceling its July class of 1,163 cadets.
more:
https://nypost.com/2020/06/30/aoc-says-1-5b-nypd-budget-slash-didnt-go-far-enough/